Mech Warfare is a group of hobbyists, robotics engineers, students, and various humans that build small remotely piloted walking robots armed with airsoft, nerf, and even more powerful weapons such as micro-rockets, custom co2 powered bb rifles, and flame throwers. We take these robots, place them in a small-scale model urban environment and duke it out. Mech Warfare is part engineering competition, part “real-world videogame” with a strong emphasis on sharing knowledge, advancing robotics technology, and having fun. In our 5th year, we have had over 30 registered teams from across the United States, Turkey, Canada, Mexico, and Japan competing. 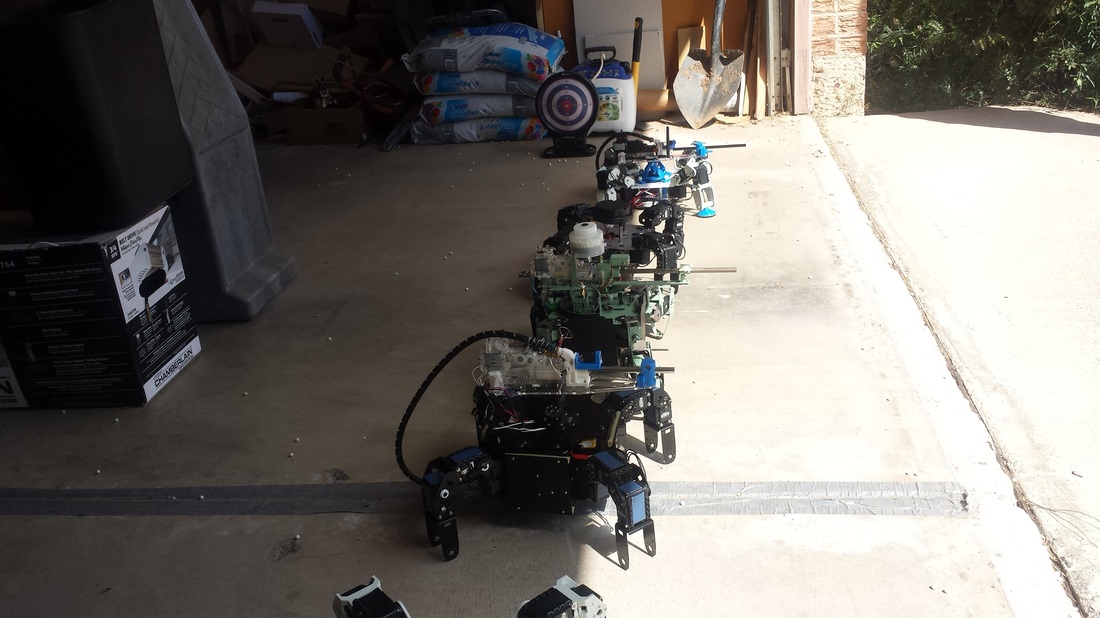